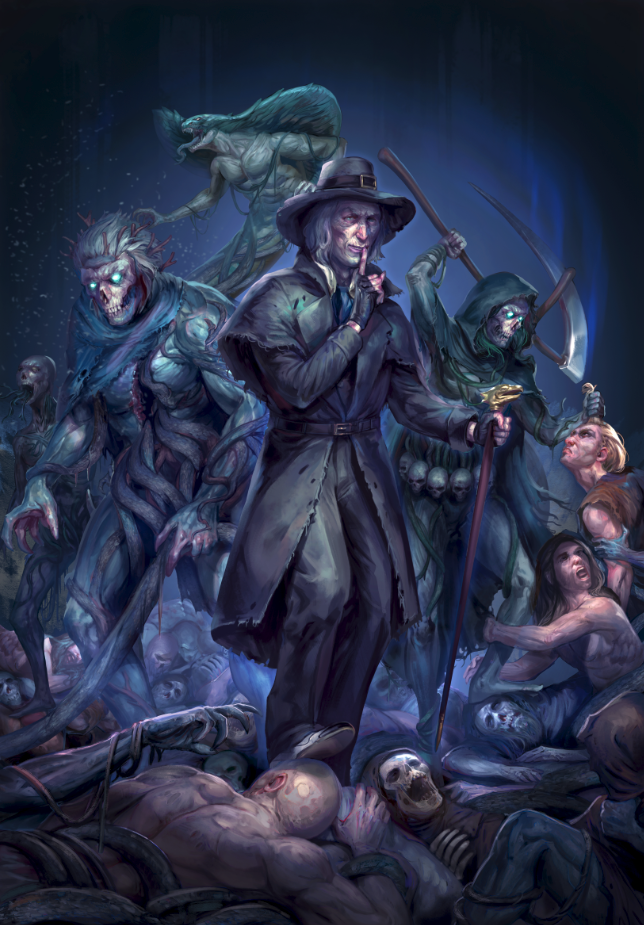 The Gaunt Man is ancient, the conqueror of countless cosms, and the mastermind behind the invasion of Core Earth. He is the one High Lord that the others reasonably fear.

The mind of The Gaunt Man is one of the darkest places in the Infiniverse. He knows he is damned, but even worse he knows that even hell is not eternal. Since the fateful moment he looked into The Void the entirety of his wicked intelligence was set towards one purpose: becoming Torg.

The Gaunt Man plans to use ultimate power to destroy creation and supplant The Nameless One as the personification of oblivion in the empty eternity that follows. He means to create an empty hell and lock himself inside it forever. The Gaunt Man further believes that he has always been the Nameless One, and always will be.

He isn’t pleased by his fate. Many of his pettier actions stem from a desire to gain revenge against the living universe while there’s still one to punish. The force of creation known as Apieros made him, and so he means to unmake Apieros (and its creations) as painfully as possible.

Villains usually think of themselves as the heroes of their own stories, but not The Gaunt Man. He has chosen to be the villain of his own tale. Villains have power. Villains cause fear, rather than feeling it themselves. This is The Gaunt Man’s sole, grand vanity: he is never satisfied with being the lesser evil. 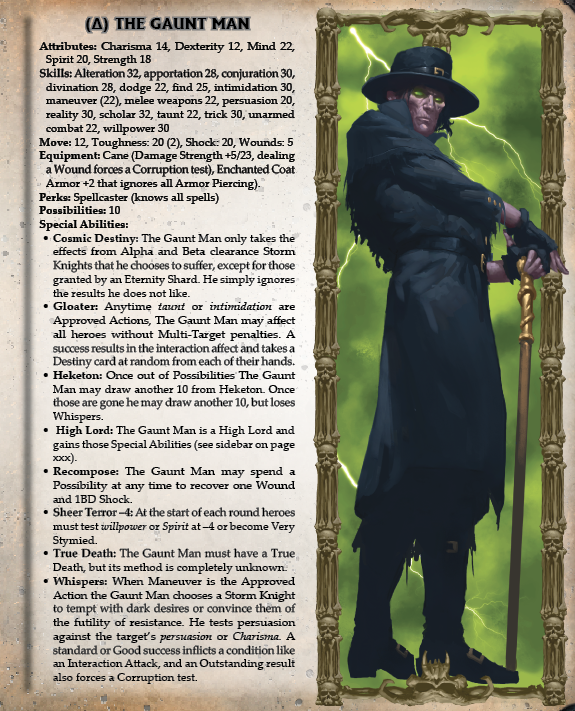 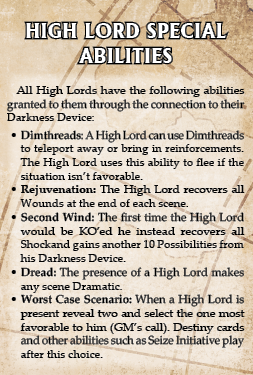 Over the next several weeks we’ll be highlighting different parts of the upcoming products for Orrorsh including spells, miracles, and Threats. Additionally, we have other plans leading up to the launch of the crowdfunding. If you have any questions or would like to discuss this preview, head on over to the Ulisses Spiele Discord server!