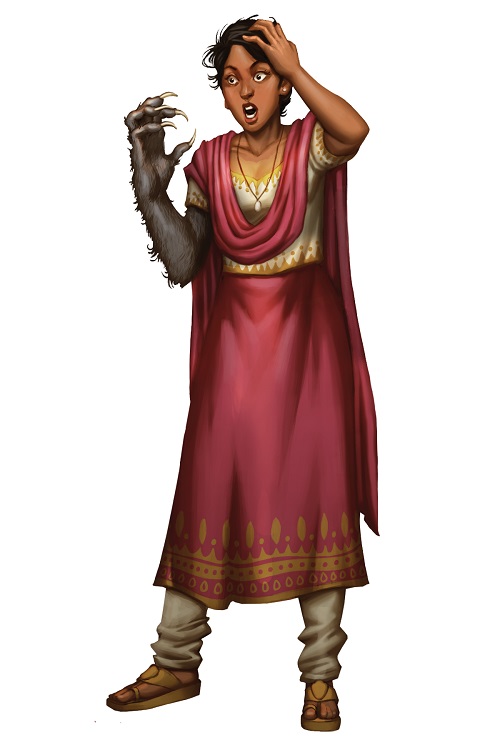 Get ready for Cybermonday offerings of the Torg Eternity variety. Things you’ve been asking for will arrive!

As with the other cosm sourcebooks, the Orrorsh Sourcebook will include many new Perks. Some of these Perks come in new categories including several new Corruption Perks, Cursed Perks, and more Occult Perks including new Perks for alchemists and Bulletsmiths (including custom Slayer’s Guns!). There’s a lot to go over though so we’ll address the latter ones later.

Corruption Perks are technically ‘free’. They aren’t purchased in Advancement and they don’t count against the number of Perks a character has. The only cost is paid when the character perishes and awakens in a new life as a servant of the Void.

Since Corruption seems tied to Orrorsh’s World Laws and Corruption Perks are an Orrorsh group, one might conclude that the influence of Corruption could vanish if a Storm Knight transformed to another reality.

Unfortunately for the Delphi Council, that is not the case. Orrorsh is where Corruption is encountered directly, but it isn’t powered by that cosm’s axioms or World Laws. Corruption traces back to the influence of The Void, which makes it universal—similar to Supernatural Evil.

Corruption Perks remain, unaltered, when a character transforms. Points lost to repurchasing Charisma are lost forever to The Void.

Note, that this also means that Horrors ‘killed’ in a fashion that doesn’t follow their True Death still will come back later…even if they’re killed in another reality!

Here’s an example of a Corruption Perk: 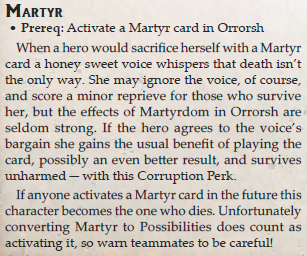 Most people, when attacked by the Horrors of Orrorsh are either killed in a grisly fashion, or injured greivsouly. However, some ‘lucky’ few who barely survive these attacks become something else. Those who ‘appear’ to survive in fact, were killed and must fight to keep their humanity amidst the Corruption within them. The same mysterious mechanism that marks some individuals as potentially reality-rated allows instead a curse to take hold.

Each time a character with a Cursed Perk takes a life, no matter how, must make a Corruption test. Additionally, because those who are Cursed are technically dead, their lives only being maintained through the Law of Corruption, if they transform to another reality they simply perish instead.  However, a Cursed Storm Knight who has lost all her adds in reality may automatically reconnect to Orrorsh at the cost of one Charisma instead.  Cursed characters count as Supernaturally Evil, regardless of their behavior and morals.

A Cursed Perk may be selected at character generation as one of their first two Perks, but otherwise it is gained in play according to how the story goes (at which point it may be gained for free). In either case it does count as a Perk for Advancement costs. 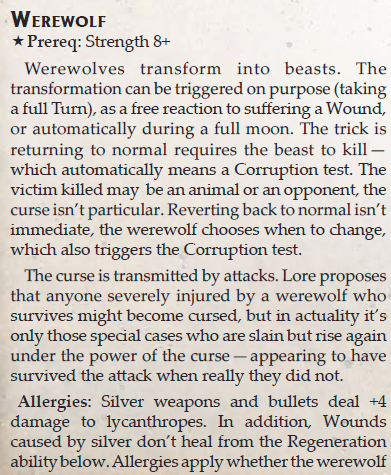 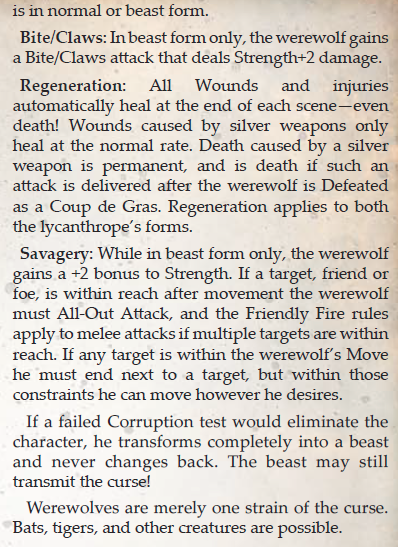 Over the next several weeks we’ll be highlighting different parts of the upcoming products for Orrorsh including more Perks, spells, miracles, and Threats. Additionally, we have other plans leading up to the launch of the crowdfunding. If you have any questions or would like to discuss this preview, head on over to the Ulisses Spiele Discord server!