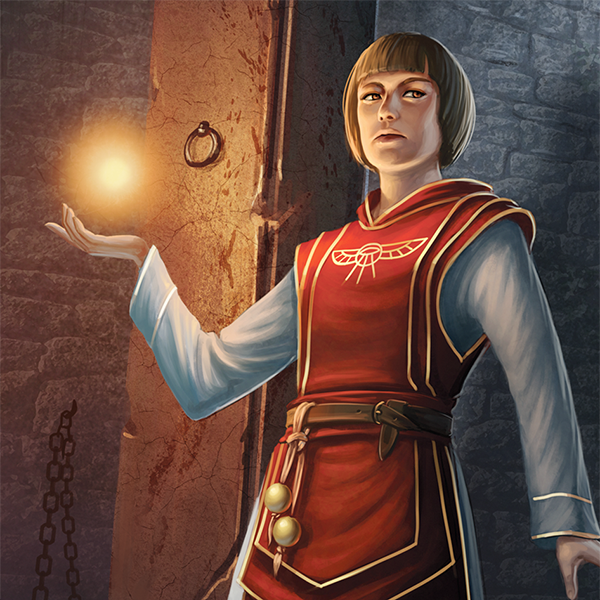 03 Jul Expanding your Blessed One with Gods of Aventuria

Even if you have been playing a Blessed One since the release of the Core Rules, Gods of Aventuria will have a lot to offer to you. It will give you new liturgies and the option to expand existing ones. Special abilities and new rules concepts will help you round out your blessed one and give them new goals to strive for in their adventures in Aventuria. Gods of Aventuria gives you lore details about Church Customs around the everyday work of a Blessed One. It describes the importance of the Blessed Ones for their community and the rites surrounding birth, marriage, and death. You will learn how to swear a binding oath and to lay a soul to rest.

With Sermons and Visions, a new rules mechanic is introduced. These new special abilities are available to all Blessed Ones, but Zealots can also use their powerful connection to their God to spread the word or gain access to visions. It gives new powers to preaching in an exciting way to channel the mysteries of Alveran. Both of these special abilities require fate points to activate.

Each God described in Gods of Aventuria, including those from the core book, receive three Liturgical Styles; each demigod gets two. They represent movements within the churches and give you background about the different worldviews of Blessed Ones of the same God as well as introduce new special abilities that unlock even more powerful tools for your liturgies. Unlock your Blessed Ones full potential with Gods of Aventuria!

Start using the powers of your Sermon right now and spread the word.

Sign up now to get informed as soon as the doors open on July 21th.